Handcrafted pendant made of sterling silver,
Mirror-polished,with the  Pentagram
upon the Lucifer sigil

The dimensions of this piece are
5cm in height, 2-4mm thick,
with an approximate weight of 18 grams.

Lucifer-Satan is the Outer Eternal Black Fire whose reflection within the microcosm
burns within us in the form of the Black Flame of Spirit. – TOTBL.

Only logged in customers who have purchased this product may leave a review.

The TOTBL says that the ancient dark gods are all nameless and beyond causal comprehension, and that all forms given to them by
humans are just that, forms, and not something that should be viewed as static in essence and meaning. Lucifer and Satan are two words that  describe different aspects of one and the same spiritual
force:

The word Lucifer means ‘Bearer of Light’ and describes the function and effect of the acosmic
power that brings the gifts of forbidden wisdom, enlightenment, intellect, imagination and gnosis.

Satan means ‘adversary’, ‘opposer’ and ‘accuser’. Satan and Lucifer are therefore not two separate
entities/gods/principals/powers, but one and the same essence of Spiritual Fire,

Open chat
1
Hello! Need help?
Hello! How I can help? 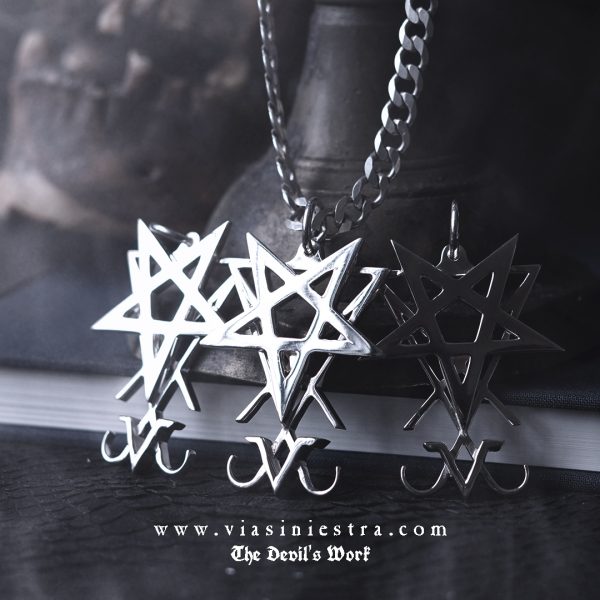 LUCIFER SATAN by viasiniestra [sterling silver pendant]
Rated 5.00 out of 5
(1)